How To Make A Glass Wall Water Fountain

This is the transcription of my voice in this video:
In this video i will shortly show you how to make a glass wall water fountain, because i just came right out of the workshop where we did a test setup for a glass water wall as you can see here, because we always test the water wall before we deliver.

And in this short video i'm going to show you the basic principle, which is actually pretty easy, if you know how to do it and if you have the correct dimensions. But the most important thing is the overflow channel which we build in stainless steel. As you can see here in the video, we go from above with a hose, then inside this overflow channel we have a sub-distribution, which i will not explain in this video. You can find more detailed explanation on the sub-distribution in another video in my channel or you go to our water wall school at wawazen.net as described below and linked, where you can buy the glass water wall mastery course and also we have there a free course, where you...

Please watch this video of another beautiful test run. This is a big glass water wall already at the construction site. Impressive !

DIY Water Wall Made By One Of My Customers

Please have a look at this video of a water wall, that was made with my plans by one of my customers.

This is the transcription of my voice in this video:

Ok, today we'll talk about benefit number 2, which is attraction.
Why attraction? It is a biological fact that human eyes are attracted by moving objects. So just take a look at this italian restaurant which has a big thread fountain in the middle of it. And, maybe you can imagine, this restaurant is getting quite a lot of attention. So, why is that so? Let me show you this just in short.

This is the transcription of my voice in this video:

In this video I will explain and show you why you should use a reverse osmosis when running an automated water wall system because reverse osmosis is one of the best tools to remove lime from the house tap water. And as you maybe know lime is one of the biggest problems you can face when creating water features because it not only it makes your water feature ugly, it can also damage surfaces, it can cause water damages and it's the number one reason why pumps get killed. Because if a pump has to deal with lime, after a short period of time it simply won't continue pumping. And manufacturers generally do not accept lime damages within the guarantee. So if you have a new water feature and you don't take care of calcification, it might happen that after three or four months your pump is dead and you will have to buy a new one because you have no warranty on the pump because the damage is caused by lime and calcification.

Markus: Hello, my name is Markus. I'm the founder of Wawazen and I'm pleased to welcome Robert Fechtmann from Florida here who is a business partner of Wawazen and who has invented and created a really unique water feature which we will take a look at in a few minutes. But maybe first Robert, would you please tell us who are you and what are you doing?

Robert: Okay. Hi everyone. My name is Robert. I'm a product designer. I went to school for product design and I just always saw water walls are really cool. So I wanted to make my own but I wanted to do it a bit differently than having just a square wall. So I kind of came up with a new way to disperse the water with a sheet. So I have this kind of uniquely shaped water wall and Markus is helping me with building a business around it.

Markus: Wow, you know what Robert, I think everybody who's just started watching this video. He just sees two guys and he sees you like a designer you know what you're talking about. The people don't... 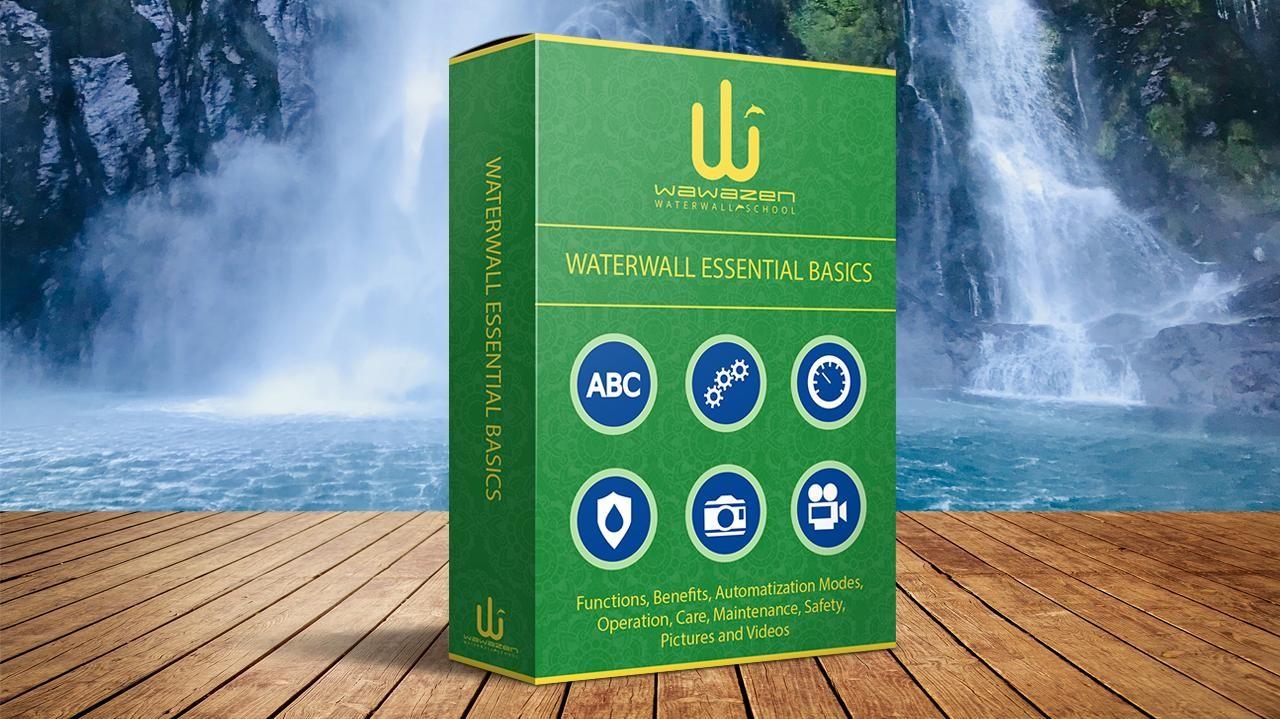 This course with videos will explain various functions, applications and operating modes of water walls, cover its control, care and maintenance and list important safety concerns. AND you get our ebook for free: DIY Waterwall -How to be successful with Indoor Waterfalls.

Great, you are almost there!

Step #2: Check your inbox and confirm your email adress. After that you will recieve instantly your login to the free course and the link to the free ebook!